John the Baptist came preaching “repent for the Kingdom of God is near” (Matt 3:2). We see a similar trend on the day of Pentecost in Acts 2.  Peter preached to the people and showed them in the scriptures how far man had fallen from God’s grace and God’s plan for redemption through Jesus Christ whom they had crucified but God raised Him from the dead. The bible says “Peter’s words pieced their hearts, and they said to him and to the other apostles, ‘brothers what should we do?’” (Acts 2:37 NLT). Peter’s answer to them was “… repent, and be baptized every one of you in the name of Jesus Christ for the remission of sins and ye shall receive the gift of the Holy Spirit” (Acts 2:39 KJV) So here we see the message of repentance was preached in preparation for the coming of the Lord and it was again preached in anticipation for the second coming of the Lord Jesus.

First of all let us understand what repentance really means; the word repentant as it is understood from the New Testament comes from a Greek word “Metanoeo”, meaning to think differently or to change the way one thinks.

Therefore to repent is basically to change how one thinks, how is this so important you may ask? Well because God wants us to change our ways, the way we live to His ways and we can’t change how we live if we don’t change how we think in the first place. We act the way we do because, that is what we know and that is how we think. For example each ethnic group behaves a certain way, different from other people from different continents mainly because, that is what they know or that is how they have been raised to think until a change in the mind happens. As the bible states “For as he thinketh in his heart, so is he …” (Proverbs 23: 7 KJV), we are what we think. Humanity thinks as fallen men; therefore live as fallen men (Fallen from God’s grace). Fallen man’s way of living is disastrous, “There is a way that seems right to a man, but in the end it leads to death” (Proverbs 16:25 KJV).

Adam and Eve our first parents, yielded and gave up authority to Satan, they forsook God, His ways and thinking for the devil’s. They fell, they sinned and everything under their authority was corrupted, even worse they damaged their relationship with God. They could no longer have fellowship with God, they broke the right standing they had with Him, they were stained and tainted with guilt and sin, and wrong thinking became their nature Genesis 3: 1- 34. In contrast, God is Holy and righteous, sin and sinfulness cannot stand in His presence. God does not agree with sinfulness and unrighteousness “Do two walk together unless they have agreed to do so?” (Amos 3: 3), there is no agreement between darkness and light.

That is the reason why the call to repentance is at the core of the Christian message, it’s motivation is love and desire to seen man saved. God’s way leads to life everlasting through our Lord Jesus Christ. Man without the light of the word of God is blind and heading for disaster.

Jesus said “I am the way, the truth, and the life: no man cometh unto the Father, but by me.” (John 14:6). Again the bible in John 3:16 says “For God so loved the world that he gave his one and only Son, that whoever believes in him shall not perish but have eternal life.”

No votes so far! Be the first to rate this post.

We are sorry that this post was not useful for you! 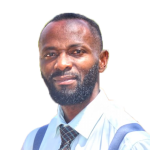 Pastor Stephen Kumwenda is an Assemblies of God pastor for All Nations Church which is the subsidiary of New Life Centre near IEMS Maseru Lesotho. He works with Global University Lesotho and he is a Lecturer at Assembly Bible College.

You may have missed